On Air - Africa's Trees of Life

Categories // Behind the Scenes, News

Our timelapse in a Natural History Documentary 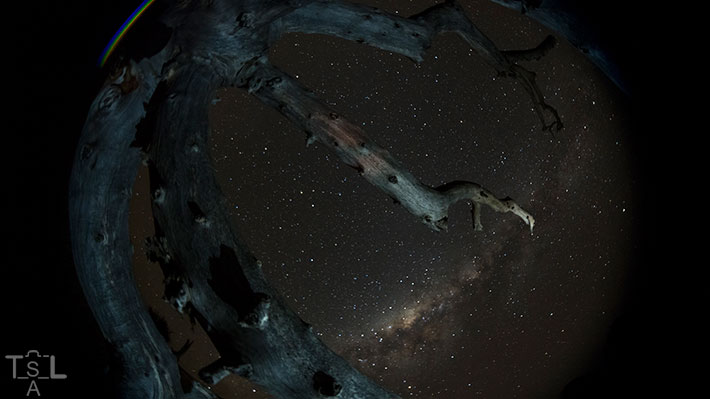 It's no secret how much we love the great outdoors and shooting timelapse under the African night sky. It's obvious that these assignments are what we dream about and now it's with great excitement that we share with you our first ever timelapse clips on air in a natural history documentary!

You might have heard of these newly released documentaries "Africa's Trees of Life". It's a 3 part series on three very significant live-giving trees in Africa and it just released on Animal Planet recently. The programs are also to be aired on Smithsonian and is available online from DRG.

Here's a BTS look at shooting some timelapse with renowned wildlife filmmaker, Herbert Brauer for Obsesively Creative. Our timelapses are featured in "Africa's Trees of LIfe - Camelthorn" and we also did post production for timelapse in the Saugasage Tree episode of blooming flowers (footage not included in the trailer). Some of our stock footage can be seen in the Marula Tree episode.

Here are the overview as well as the synopsis for this incredible trilogy.

Trees of Life - Overview:
This HD, Blue Chip, Wildlife Trilogy tells three stories of endurance and survival of Africa's most iconic natural history symbols – from predators to prey, extreme environments and legendary trees.
Three ultimate predators – A pride of Lions, a territorial Leopard and a Cheetah mother – play out their lives in the shadows of three impressive trees – the Sausage tree in the Luangwa Valley in Zambia, the Acacia Camel Thorn, in the Kalahri in South Africa, and the Marula Tree in the Manyaleti near the Kruger National Park. Each episode is filmed with a new, fresh and exciting approach using the latest in HD technology with remote cameras placed in trees to film, from the perspective of the tree, animals in and under it, drone helicopters for aerials the start from ground level and rotate round trees to reveal the scenery beyond, jibs, dollies, specialized night filming equipment and superb timelapses of opening flowers, germinating seeds and the night sky.

The Camelthorn Tree - Promotional Synopsis:
With a new perspective and fresh approach to wild life filmmaking this episode of Africa's Wild Havens tells the story of the predators, animals, birds and insects that live in the harsh Kalahari Desert in Tswalu – South Africa. Years of evolution have given predators and herbivores the tools to beat the desert's extremes: bodies that survive on the smallest amount of water, mechanisms that fool the brain into thinking it's not as hot as it really is, and ways to keep warm in the freezing nights. Cheetah are perfectly adapted to this environment, they don't need to drink much, getting most of the moisture they need by drinking the blood of their prey. A cheetah mother hunts springbok on her own to feed her young cubs and a coalition of cheetah brothers patrol their vast territory.
The anchor of the film is the Camelthorn Tree. It is a world on it's own: with a root system so deep that it does not rely on rain to bloom and germinate, seed pods so large that they're an energy-packed meal for many herbivores, it's shade so much cooler that the sun -scorched sand of this semi-desert, and wood so strong that it supports an architectural masterpiece – the sociable weavers nest - the largest single structure built by a little bird.
Rainfall in the Kalahari is unpredictable with no guarantee, but when it does fall the Kalahari comes to life. Springbok and wildebeest enjoy the fresh growth, blister beetles, come out to breed, ground squirrels eat the new seeds while sociable weavers catch the insects attracted to the weeds. In the vast expanses of the Kalahari, where living is an unthinkable challenge, the camelthorn towers as a master of survival.

The Sausage Tree - Promotional Synopsis:
With a new perspective and fresh approach to wild life filmmaking this film tells the story of the predators and animals that live in Nsefu along Zambia's Luangwa River. A mother leopard finds the perfect place to ambush her prey. She shares her territory with a pride of lions and their nine cubs. Powerful lionesses hunt down a warthog and a buffalo and introduce the two-month-old cubs to their first solid meal. In the river, hippo bulls fight to protect their part of the river, and hundreds of crocodiles feed on the body of the loser.
The anchor of the film is an iconic tree – the Sausage Tree – easily recognizable within the vast landscape of the South Luangwa Valley. The harsh reality brought on by the winter drought plays out in the shade of the sausage tree which throws a life line to the hippos, giraffes, elephants, antelopes and baboons of the area. Large fruits and crimson flowers keep the herbivores well fed when all around the vegetation is withered and dry. With specialized low light cameras we follow a hippo on its secretive night mission to find the nutritious fallen fruits. Then he pays it forward by dispersing the sausage tree's seeds in his dung. Cameras in the tree capture the macro insect life that revolves around the flowers. Bees collect pollen and nectar and, at the same time, fertilize the flowers. The same cameras placed on the branches film birds, baboons, vervet monkeys and squirrels drinking the abundant nectar. Below them, puku, impalas and bushbuck eat the fallen flowers.

The Marula Tree - Promotional Synopsis:
With a new perspective and fresh approach to wild life filmmaking this episode of Africa's Wild Havens tells the story of the African Savanna from the perspective of the Marula Tree – a tree that has been named a Tree of Life because it provides the human and wild inhabitants of Africa with life's staples – food, shelter and medicine. This episode plays out in the Manyaleti Nature Reserve near the famous Kruger National Park in South Africa. It is a wilderness area of iconic vistas populated by herds symbolic of the African continent. But it's a tough landscape marred by fear where survival is a vicious competition in which only the strongest and most cunning survive. Large cats carve out their territories to suite their life style. A coalition of cheetah brothers take the open plains where they survey the herds fro the rise of an old termite mound. The young Tintswalo lions follow their parents and learn to hunt the larger herbivorous - buffalos that come to the Manyaleti from the Kruger to find water. The resident male leopard patrols his territory to advertise to a female in oestrous that he is around. All these scenes play out under the tall marula trees that dot the savannah. And during summer the tree provides with abundance. A single yield of ripe marula fruits can weigh as much as 1 and a half tonnes, impalas, nyalas, baboons, vervet monkeys, squirrels and elephants feed greedily. But there is an insect that can devour an entire canopy of marula foliage – the stunning lunar moth caterpillar. For the first time on television we film the growing caterpillar, the spinning of a delicate silk cocoon and, in spring, the emergence of a beautiful, bright green lunar moth.

You can also buy the DVD's online directly from DRG
Below are the trailers of all 2 of the 3 episodes.
Here the direct links to ALL 3 of them.
Camel Thorn
Sausage tree
Marula tree
A must watch for all nature lovers! 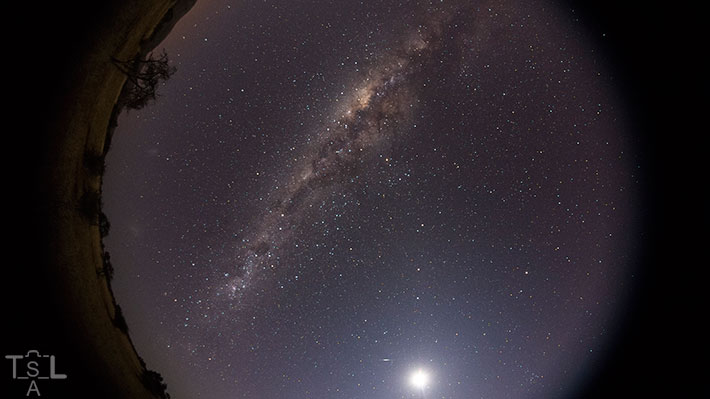 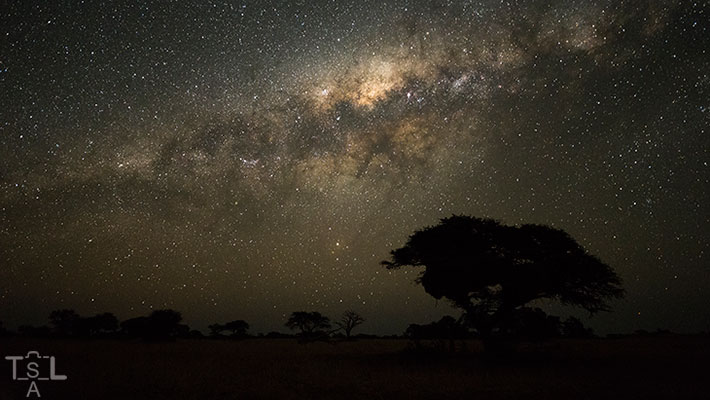 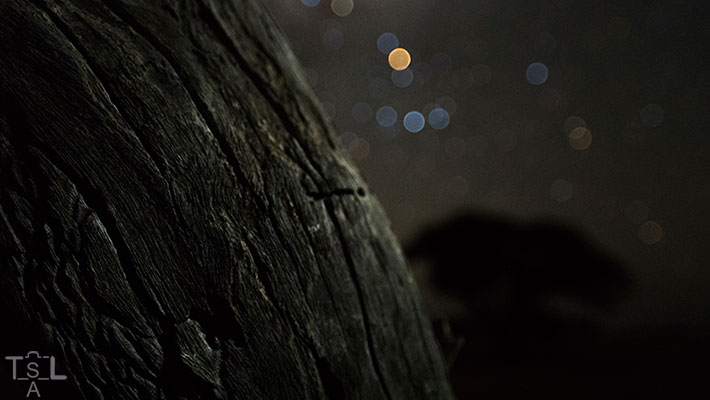 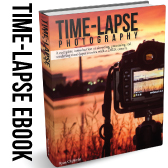