BTS while on assignment with Herbert Brauer & Obsessively Creative 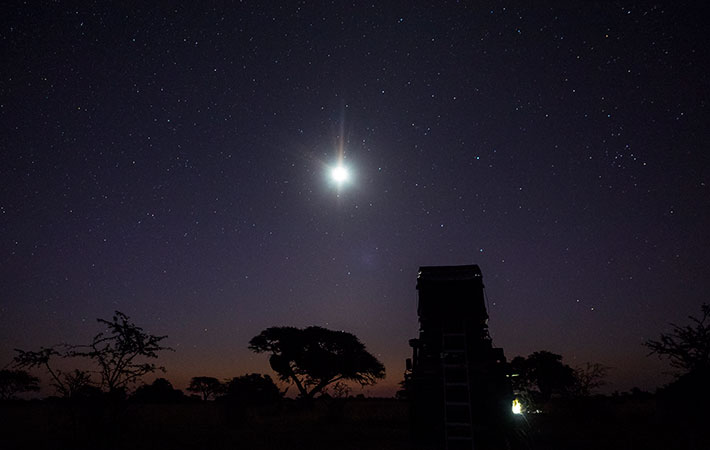 Shooting natural history documentaries is what filmmaking is all about!! At least to us ;-)
Being commissioned to work on assignments like “Cats of the Camelthorn” (working title), a new Trilogy about three iconic African trees, is something we’ve been praying for and we’d love to share this incredible experience with you all!

The assignment was pretty easy! Shooting timelapse of the stars and Milky Way. That’s what we do, right. Oh boy were we wrong!! It was clearly our first time shooting with renowned Wildlife and Natural History Filmmaker, Herbert Brauer…. It’s one thing to shoot astrolapses but it sure is another thing trying to portray Herbert’s specific vision. You see, the challenge lies in telling a story. A story with meaning. Random nightlapses of pretty Milky Way scenes in beautiful landscapes just won’t do the trick.

Arriving at Tswalu Kalahari Reserve we were guided to the researchers’ house which would serve as our base station for the week to come. Here we could keep all our gear, cook some food and take a shower. Being entirely self-sufficient to travel and shoot in remote and rural locations, such luxuries are scarce…

On the first night we did some test shots to locate the exact position of the Milky Way and to determine where it would rise and set. We also wanted to confirm that there would be no light pollution recorded on any of our shots. We knew that we should be a safe distance away from the nearest town, however one should not underestimate how far light travels in the darkest of skies.

It soon became clear that these timelapse sequences would be unlike any other shots we’ve done before! Herbert had a vision to connect trees with the universe in such a way that has not been seen before. It had to fit in with the story, make a statement and do so in an unusual yet striking manner. Suddenly we realised, in silence, the challenge ahead was greater than anticipated.

Each morning we transferred the footage from the night before to view the results. Herbert immediately knew whether we got the shot that he had in mind. Without hesitation he knew if he was happy with the light, the movement, the speed, the position of the Milky Way, how it twists through the frame etc. Sometimes we would reshoot to time and sync the movements of the dolly, focus pull, the tree and the Milky Way to be just perfect.

We often worked with additional light sources and this meant much longer set-up time. Another factor was that we could only position the light once it was dark. We would do some test shots for the direction of the light, the exposure and also to get the desired colour from the light. Once everything was set in place, we started the shot at the desired time.

One of the most challenging shots we did was to shoot a night to day transition, ending off one of the key shots only after the landscape was lit with sunlight. It’s very common to do these type of shots at sunset going over into the night. Doing it successfully, to keep constant and correct exposure until the stars are up, is quite challenging. It’s a totally different story when your shot from the night before is still firing and you have to make manual exposure adjustments as the day starts to break. This is one of those film-like moments where you will only truly know the success of your shot after processing…

All the shots were pre-planned during the day and sometimes it happens that, as you set up to get ready for the shot, something just doesn’t feel right. It doesn’t look right, it doesn’t move right. It’s just… bleh! Then you start again. Move around the dolly, move the camera, change the pan or tilt while constantly keeping a ton of factors in mind. The shooting time, the duration, where the Milky Way will be at what point, which way the camera is panning, shadows, the moon and so on and so forth. And then, when you nailed it… Hearing Herbert say “YES! That’s exactly what I had in mind!” The joy of accomplishing such successful shots!!

So what exactly were we shooting for? Well, Stef Muller and Herbert Brauer teamed up over two years ago and started working on this documentary. It has taken over two years to get all the players in and get the funding committed before this project went into production. Stef from Obsessively Creative is the Producer, director and writer of the Trilogy called “Trees of Life”. Herbert being the Director of Photography is also a Co-producer for this Blue Chip series.

Trees of Life will consist of a three part series (trilogy) which will be broadcast on Smithsonian Channel (US), ARTE France (French and German speaking European territories), Animal Planet (UK, Asia and Africa) and Natural History Unit Africa (NHU) will distribute the series worldwide. Obsessively Creative and Herbert Brauer are the copyright holders and owners of two episodes - Cats of the Camelthorn (working title) and The Leopard and the Baobab (working title) while Nathan Pilcher (DOP) and Obsessively Creative are the owners and copyright holders of a third film - The Hippo and the Sausage Tree (working title). Filming for the three is currently in full swing in South Luangwa, Zambia, the Kalahari Desert in South Africa, Pafuri in the Kruger National Park, South Africa and Tuli, Botswana.

These films are made possible through funding received from the DTI (Department of Trade and Industry), among others. None of this would have been possible without the valued efforts from Edwina Thring of Wild Thring Media in the UK, the Executive Producer.

What an honour it was to shoot with Herbert Brauer! His impeccable knowledge and experience is hard to overlook! Being part of the production of Cats of the Camelthorn is a tremendous privilege. We are ever grateful for the opportunity to have worked alongside this award-winning wildlife cameraman. We’ll certainly let you know when the series hits the screens!

Below are some of the BTS shots of the set-ups and us on assignment. The final shots are already edited and rendered and they are AMAZING! No sneak peeks available on any of the shots yet as this must be kept confidential for now.
You'll have to wait until the films are released ;-)